**Disclaimer: While this is a fashion blog, this one post has nothing to do with fashion. So there’s that.

Well, in case you didn’t already know, I’m going to have a baby. In late June of this year my husband and I will welcome our firstborn child into the world. And we are so very excited!!

Truth be told, I could write an entire post (or even a series) detailing my fears and anxiety and terror about the entire process and all of that fun stuff, but this is a happier post. And if you’re looking for a place to read all about my pregnancy experience and eventually a birth story, keep looking. You won’t find that here, or anywhere, because that’s not just me. Anyways, I digress. This post is not about the process of having a child. This post is about how God has prepared me to be a mother and raise and love a child. So, let’s start where it all began.

When I was twelve years old, my parents announced that my mother was pregnant. Which was great… except for the fact that, like I said, I was twelve and my mom happened to be forty. I remember sheer horror washing over me as my dad all too happily announced the news and the first thought that sprang into my head: My social life is ruined. Which is already a pretty fragile thing when you’re a homeschooled preteen. The next several months saw me as a bitter, embarrassed daughter who could not stop being mortified as her mom became more and more pregnant. I never felt any excitement over having another sibling, I had been quite content with the two that I had already, thank you very much. Then one night in late August my grandparents took me, now a thirteen-year-old, and my brother and sister to the hospital to meet my new little brother. I vaguely remember holding a very red (and already quite large) baby, but I more clearly remember not liking seeing my mom, hours removed from giving birth, all hooked up to devices and being tended to by nurses. The mortification was still there.

And then, suddenly it wasn’t. The next day we went back to the hospital and my mom seemed more like herself and less like a hospital patient, and my little brother was a little less red and a little more appealing. Something shifted inside of me that day and all I could feel was joy at having this adorable little baby to play with every single day. And, after we got home, that’s pretty much what I did. I held him, snuggled him, changed his diapers, and helped to feed him and play with him as he got older. It was almost as if I got to pretend that I was also his mom, although I knew I wasn’t. My little brother’s personality turned out to be pretty similar to mine, which made me feel like we had an even stronger bond. I couldn’t imagine my teenage years without him anymore and I couldn’t have loved him any more. 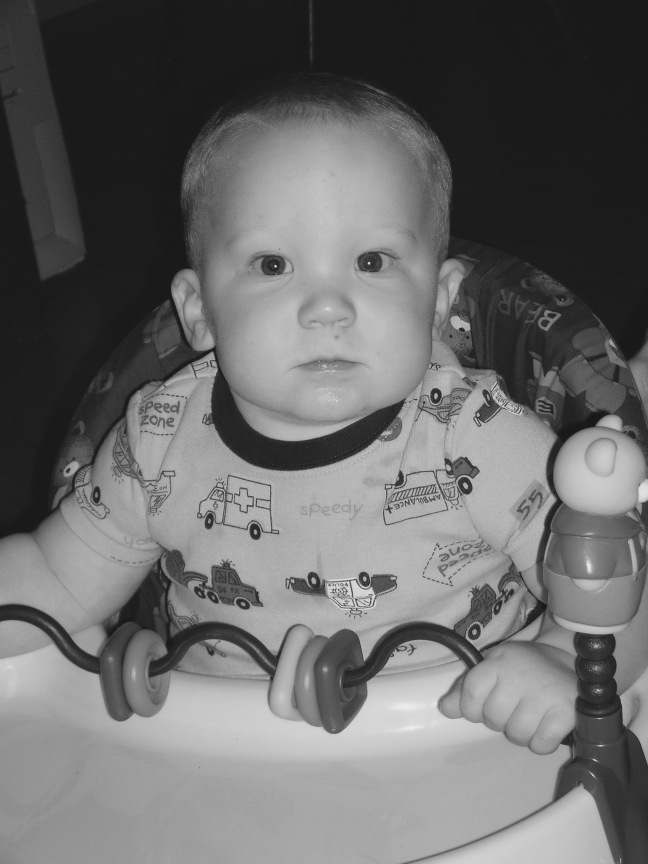 I went off to college the same month that my little brother turned five. Even though it was still in the same state as my parents, I knew the staying at home chapter of my life had ended, and I would never truly be home, at least not permanently, again. This hit me hardest as I realized that my little brother would continue changing rapidly as little boys do, and I wouldn’t be around to help take care of him and watch him grow up. I felt a lump in my throat as I hugged him goodbye in the tiny dorm room. I missed my entire family while I was away at college, but I found that the one I missed the most was my little brother, who would be a little less little each time I saw him. 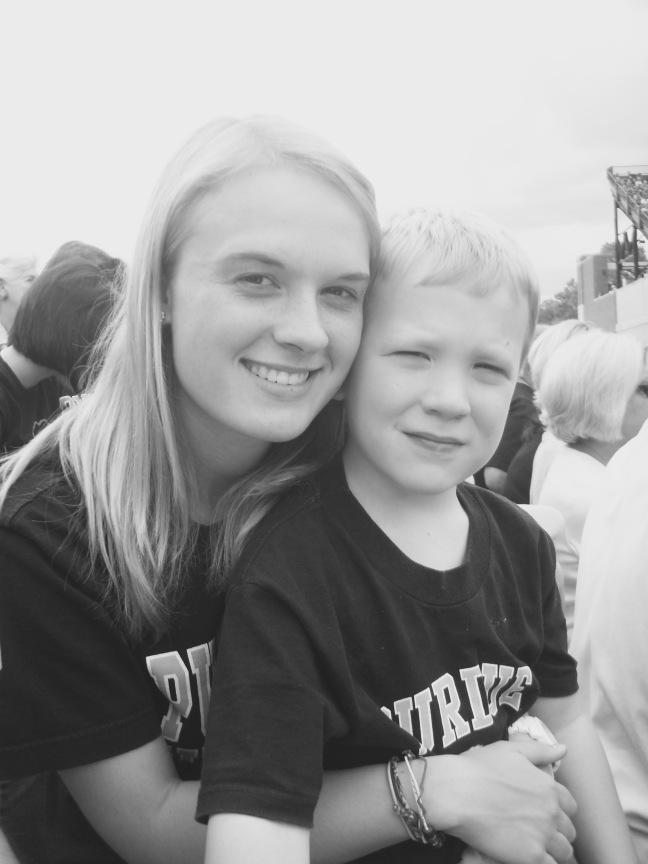 Two years ago I became an aunt for the first time when my brother and sister-in-law welcomed a baby boy into their family. Unlike the time my mom announced her pregnancy with my little brother, I was thrilled from the moment I found out my sister-in-law was expecting. Even with all the excitement I felt at becoming an aunt, I was completely taken aback by how much love I felt for the tiny little baby who was placed in my arms two days after he was born. I hadn’t ever felt a love for a baby like this before and wasn’t expecting to feel this way until it was my own. I even remember feeling alarmed at the intensity of my love for him, it overwhelmed me that much. Now that two years have passed I still feel that same overwhelming love for now both of my nephews, and instead of questioning it, I embrace it. They both live in a separate state from me and I am always counting the weeks until I see either one of them again. They bring a special kind of joy into my life, the likes of which I had never quite experienced previously. I so love being an aunt! 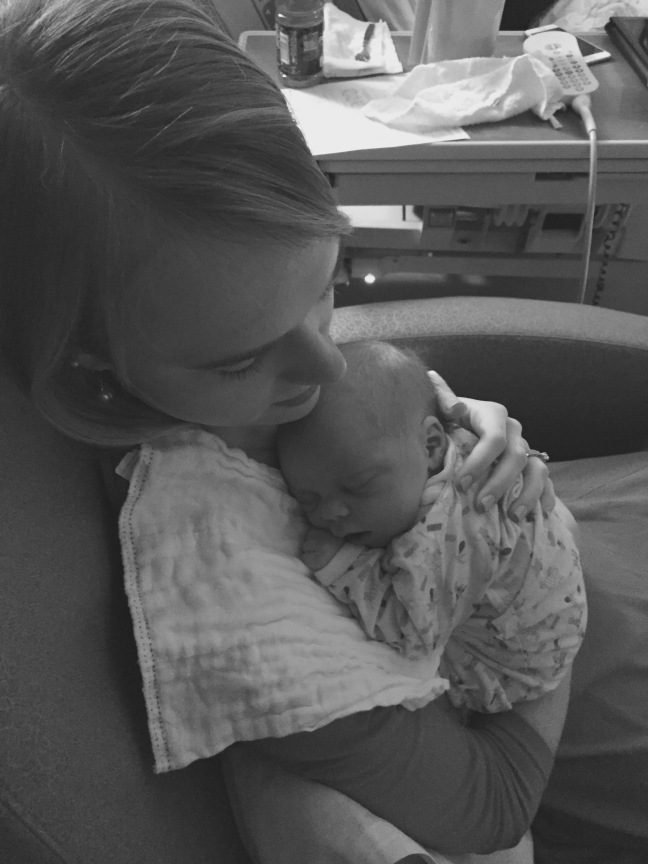 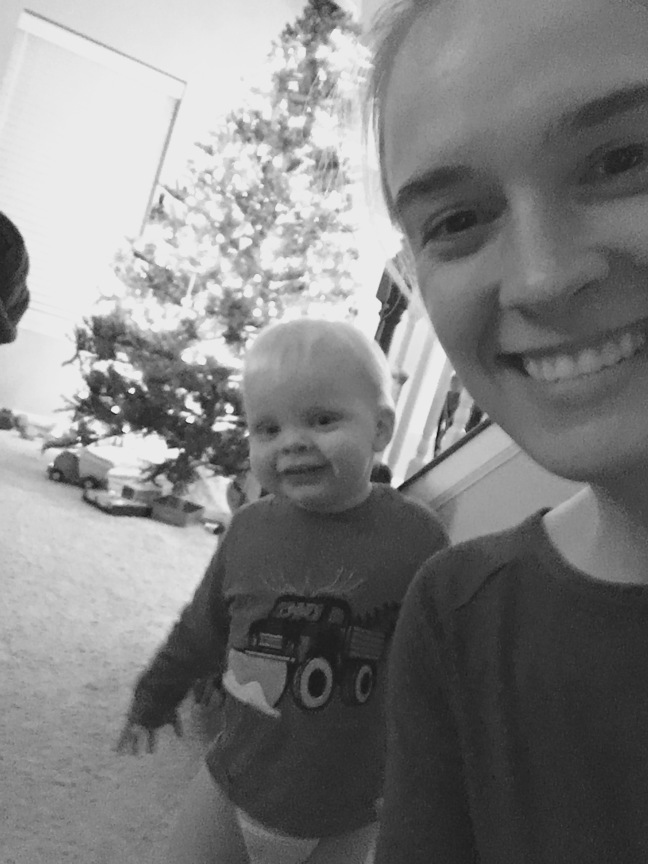 My love for children and the way they have impacted my life extends beyond my family. I babysat frequently throughout middle school and high school, and I loved doing it. There was one family I became especially close to and babysat for them as they had two, then three little boys. Shortly after my high school graduation they moved quite literally halfway across the world, and it was so hard to say goodbye to the little boys I had come to know and love. Within the past decade I’ve been able to visit them as they’ve lived in two different countries, and the time with their now seven children has been sweet, but always too short.

I was so grateful that there was another family, also with three little boys, that I became especially close to in college. I babysat for them as often as I could and they even trusted their children with me for an entire weekend –  more than once! I knew that my time living down the road from them in a small college town would come to an end after my graduation, but I didn’t realize that it would end with such finality until I learned that they were moving away to a state that was a plane ride away. That was one of the hardest goodbyes I’ve ever experienced. 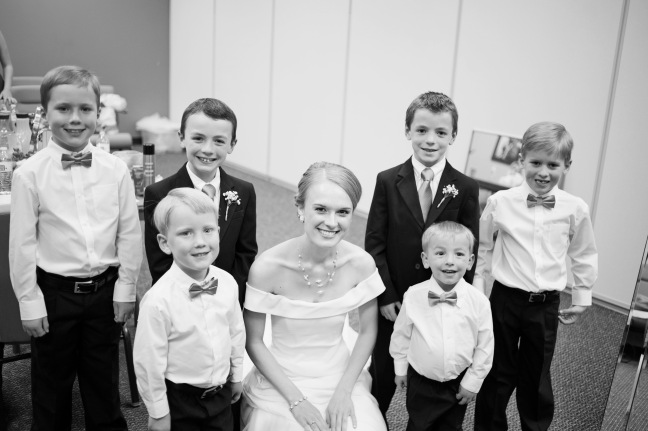 The common thread through all these snapshots of how children have played an important role in my life, besides the fact that I love each and every one of them, is that they all have come with goodbyes. Some more permanent than others, but nevertheless, I always have to say goodbye to each of these children and give them back to their parents. My love for children has always been framed with goodbyes, whether it’s a goodbye to little ones who live nearby after an afternoon of babysitting, a goodbye to a nephew for the next couple of months, or a goodbye to little boys who I know I won’t see for years to come. And I think that is one of the many reasons why I’m so excited to become a mom. Finally, I will have a baby who I won’t have to say goodbye to and surrender to his or her real parents. I won’t have to tuck a little one into bed and explain that I won’t be there when they wake up in the morning. I won’t have to hold back tears as I hug three or four little boys goodbye, knowing that the next time I see them, they won’t be little anymore. I will still have to say bye to my nephews (and niece!) as we drive back across the state line after another visit to family, but I can look in the backseat at a car seat holding a little one who will always be going home with us.

I know motherhood will bring its fair share of challenges, difficulties, sacrifices, and even heartache. However, by God’s grace, I know it will be more than worth it, and I also get to have my best friend parent right alongside of me.

One thought on “On No Longer Saying Goodbye”