This past Sunday the highly anticipated Lilly Pulitzer collection launched at Target. The 250 piece collection included not only apparel but also accessories and home decor at a fraction of the cost of traditional Lilly Pulitzer items. Ever since the collection had been announced a few months ago, I had been watching the excitement build on social media with hashtags like #lillyfortarget  and #buymelilly. Well, the entire collection was sold out online and most Target stores before lunchtime on Sunday. Women had formed lines outside of Target stores nationwide early Sunday morning in early to get a chance at snagging an item- some had even camped out all night. The Target website experienced difficulty and was actually shut down internally for about 15 minutes Sunday morning due to the extreme amount of traffic. I have always like Lilly Pulitzer items because of their one-of-a-kind prints, bright and bold colors, feminine appeal and beachside style. Personally, I was most interested in looking at the accessories but I did not have my hopes up (and I’m glad I did not) when I went to my local Target in the late afternoon that day. I found a Lilly display in the women’s section and held up a romper. It was a size Medium but it looked tiny. Then I realized it was a child’s item, as were the other 5 or 6 items on the rack. Other than a couple of iPhone 6 cases, the display was empty. 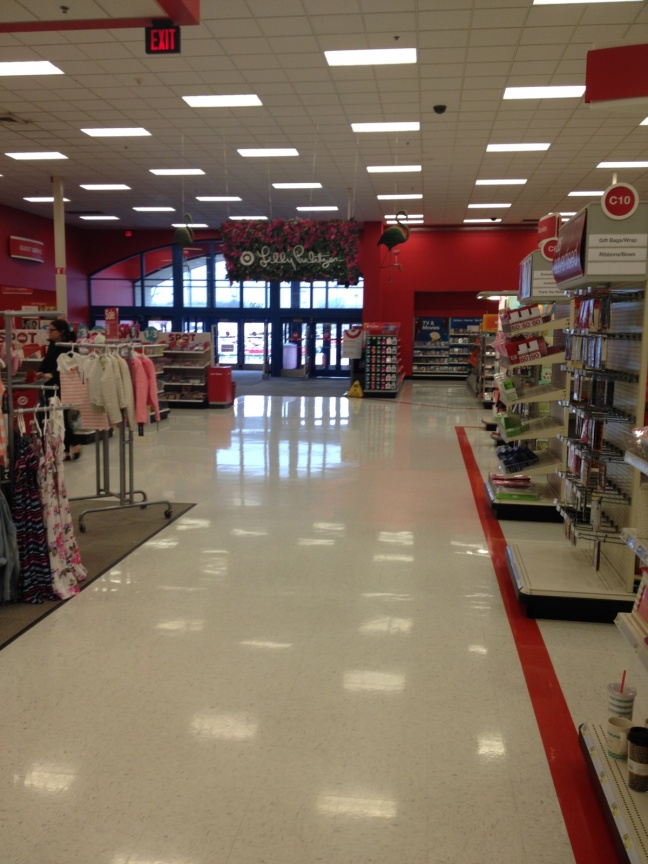 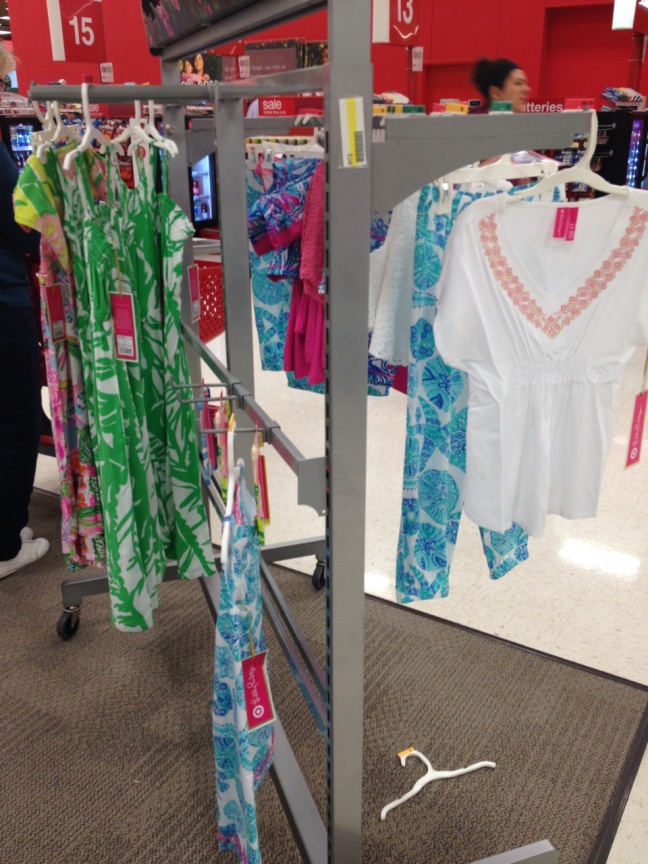 I went all around the rest of the store looking for the home decor items or any accessories, but there were no other Lilly displays and I left empty-handed. After all the waiting these past months and my own anticipation building, I have to say I was disappointed not to find anything to even look at. Now that I’ve read more and talked to others about the collection’s launch, I find that I am far from being alone in feeling this way. Here are some reasons why so many women are let down after not having the opportunity to purchase items from the collection:

The bottom line is that this collection was about marketing, not sales. If Target were to restock the collection I can guarantee you that there would be a lot of happy women which would equal a lot of eager customers and higher sales. However, they’re not going to because they achieved what they set out to do (and have previously done with other designers): launch a one-time-only lower cost collection of a popular high end name and generate high, even frantic buzz and excitement about both brands during the months leading up to the launch while also keeping stock limited in order to ensure that it’s an “exclusive” opportunity for customers. By looking at it that way, Target definitely achieved what they wanted to do. However, they did so at the cost of thousands, even millions of unhappy would-be customers. I disagree with Target’s strategy and think that this collection has the potential to lower customers’ loyalty to Target because of how Target treated their customers. So, you could go on ebay and purchase one of the Lilly for Target items, but it would be marked up significantly and not half the deal it was when it was on Target’s shelves. Or, you could wait and save before investing in a real Lilly Pulitzer item that’s straight from the designer label. I would suggest purchasing a real Lilly Pulitzer piece because the quality will be better. Either way, one thing is for certain: Target is no longer the place to purchase Lilly Pulitzer items.

Not only were they were comfortable and had good support, they also had a side zip closure so they were easy to take on and off. Needless to say, they quickly became my “go-to” boot that fall and winter. Their black color went with almost all my outfits, especially since it’s my favorite color to wear in the colder months, and I wore them all around campus both that year and the next. Tights, leggings, jeans – it didn’t matter, I wore my combat boots.

That following summer, I studied abroad in Australia. Summer in the US is actually winter in Australia, (although thankfully not as cold as the Midwest!), and I wore boots and jackets the entire time I was there. Specifically, I wore my combat boots during all the walking I did, whether it was 15 minute walk to and from the bus stop each day, or walking around sightseeing in downtown Sydney with friends. One weekend a friend and I went on a tour of the Great Ocean Road and I wore them as we walked the paths along the ocean cliffs. Another weekend I wore them as I walked the paths along the cliffs at Manly Beach with my dad.

It’s been a few years now since that trip, but I still find myself wearing those same boots to work or when I’m out and about on the weekends. The soles are starting to wear through and they’re scuffed in the front, but they’re still my favorite pair of boots. I still wear them not because they’re my newest or most stylish boots, but because of all the memories I’ve made while wearing them and all the places they’ve taken me. That’s why my old black combat boots are my Real Honest Style this month.

Here’s a quick look at 3 blogs that I follow for inspiration and… well, for fun!

1) Extra Petite. My sister in law introduced me to this blog initially and, it’s a great resource for style even if you’re not petite (like me). Officially, it’s a “fashion and lifestyle” blog and creator Jean regularly posts pictures of cute outfits, along with sale information, fit information, and even what that particular store’s shipping and/or returns policy is. I really appreciate how down to earth this blog is as well as Jean’s classic with a trendy twist sense of style.

2) Palm Beach Lately. Sadly, I am not from Palm Beach, but my husband is from that area, and sometimes I like to daydream about living there (it is a beautiful area). Sisters Beth and Danielle blog about local events, fashion, interior decorating, and even more. Palm Beach Lately is actually an entire website, not just a blog, and features an island map, things to do, and even an online store. I enjoy the fun and carefree beachside photoshoots the sisters post as well as the fact that they also love Lily Pulitzer. Bonus!

3) The Chicago Life Blog. This blog is mainly the personal blog of founder Amelia but also features celebrity interviews, styling tips, city happenings, and more. I stumbled upon this blog one day while looking for a style blog based out of Chicago and I’m so glad I did. Her variety of topics and elegant taste in fashion make this a must read- plus she recently interviewed one of my favorite figure skaters, Meryl Davis.